The term phenomenology derives from the Greek words meaning phenomenon, logic and heart. It is used to indicate the logic which is behind the phenomena of the heart. Recent research has shown that the heart reacts in advance to future stimuli and that a poor perception of feelings and emotions reduces the ability to decide advantageously and to finalize our behavior. In science the word phenomenology is often used to indicate mathematical theories that describe the logic that links observations and experiences. In cardiophenomenology the mathematical model is the Syntropy model which was developed in 1941 by the mathematician Luigi Fantappiè.

Please join us for the next ICRL Virtual Presentation with:
Apela Colorado on Saturday, May 22, 4:00 PM EDT (UTC-4)
(Please note time change for this event.)

From Confrontation to Collaboration,
Indigenous and Western Sciences at the Crossroads

Apela Colorado Ph.D., of Oneida-Gaul ancestry, has dedicated her life’s work to bridge Western thought and indigenous worldviews. As a Ford Fellow, Dr. Colorado studied for her doctorate at both Harvard and Brandeis Universities and received her Ph.D. from Brandeis in Social Policy in 1982. She founded the Worldwide Indigenous Science Network (WISN) https://wisn.org/ in 1989 to:
• Foster the revitalization, growth, and worldwide exchange of traditional knowledge;
• Safeguard the lives and work of the world’s endangered indigenous culture practitioners;
• Develop an interface with Western science

In 1997, Dr. Colorado was one of twelve women chosen from 52 countries by the State of the World Forum to be honored for her role as a woman leader. 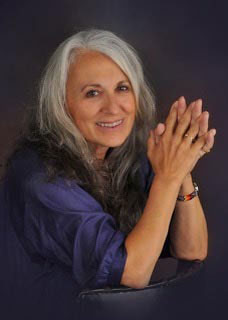 Apela says of herself: My Oneida (tribe) and French ancestry, historically oppositional forces, created a schism in me. I was neither Indian enough nor white enough to live in either world. I had to reconcile my white, French, colonizer genealogy in order to be whole. I began to search, and after many years found my ancestral home in the south of France, the Occitan indigenous people and cultural ceremonies in the Paleolithic painted caves of the Dordogne.

I left a fully tenured university professorship position thirty-two years ago to establish a non-profit organization, the Worldwide Indigenous Science Network, an upstart organization that challenges the world to embrace its Indigenous roots, to admit to our cultural shadows and to join arm in arm to reclaim our heritage of clean air, waters, and earth as the competition increases for the earth's remaining energy resources (most of which are on Indigenous lands).

Anthony Chene recently posted an excellent new video interview that incorporates some early footage of Bob Jahn and members of the PEAR staff, along with some nice footage of the lab. You can access it here on YouTube.

A recording of Brenda's talk with Peter Merry of Ubiquity University on September 16, 2020 can be heard here.

See additional interviews on our Interviews and Videos Page.